Official description: Mind Circus IPA has a mild bitterness and a thick, luscious mouthfeel. This style of IPA is what is being called in the beer world a “Hazy IPA” – dominantly herbaceous and grassy, with moderate tropical notes as well as some bright citrus. This unique hazy IPA gains its flavor of grapes and grass from the Nelson hops, and its tropical notes of pineapple and mango from the Strata hops. It is unfiltered leaving a “haze” and some yeast for more texture. Oats were also used to add to the softer mouthfeel and hazy appearance. 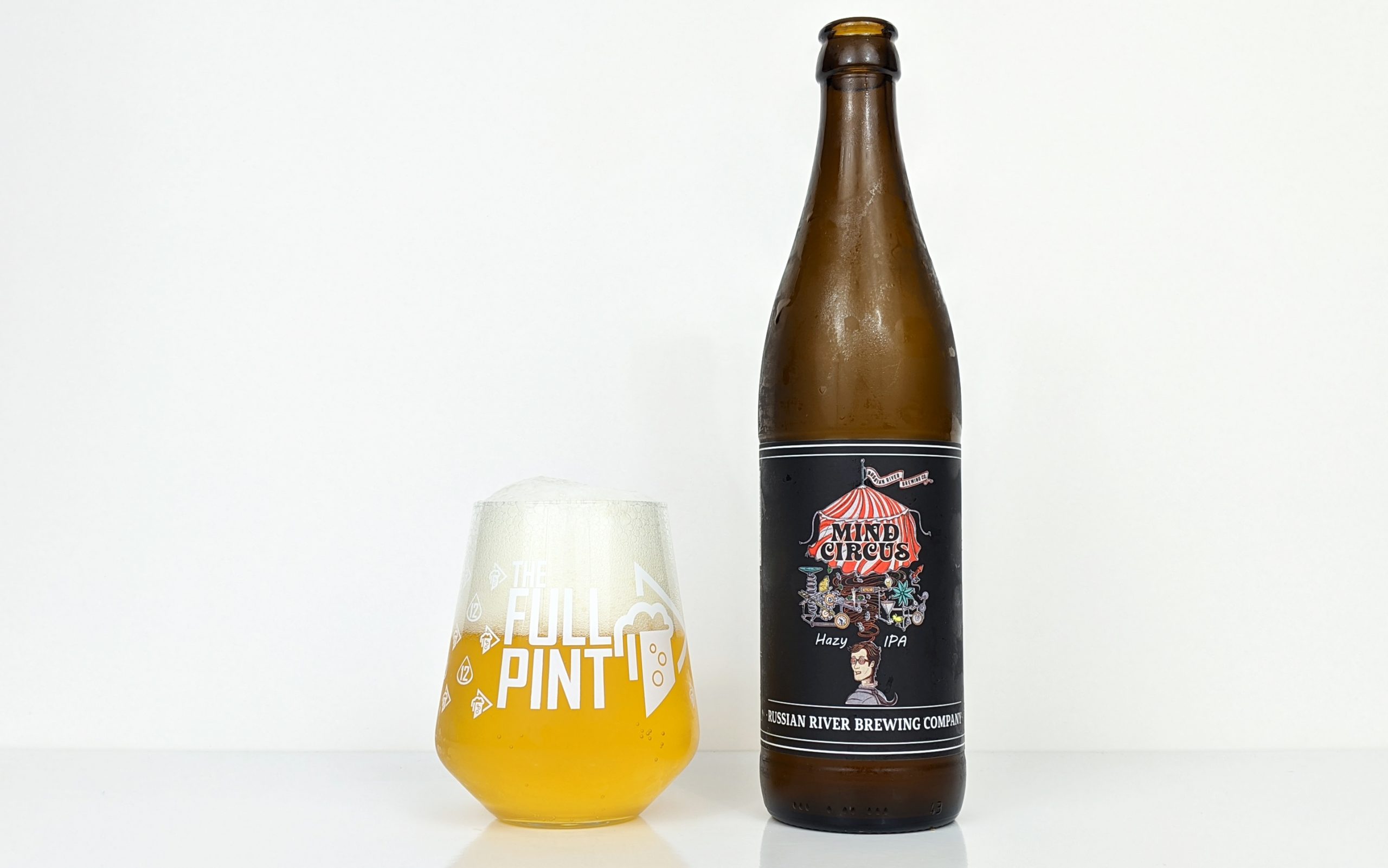 With Russian River’s major expansion in Windsor, CA; we’ve been blessed with a bounty of new (or new-ish) beers to hit wider distribution. Along with fresher and more abundant supplies of Pliny the Elder and Blind Pig, our Southern California market now gets Happy Hops, Velvet Glow, STS Pils, Row 2/Hill 56, plus special releases like Defenestration, Intinction, and Great Beer/Great Wine. The newest RR beers to hit distribution include Mind Circus, She’s So Italian, and Robert Saison. To my knowledge, Mind Circus is Russian River’s first official Hazy IPA.

I’m sampling Russian River Mind Circus from a single 500ml bottle that I picked up for a whopping $8 plus tax. On the bottom left corner of the label is a bottled-on date of “05/19/20” which places this at three weeks old at the time of review.

Into my glass, Mind Circus is mostly clear and straw-colored with generous, bleached white foam that sticks around indefinitely. There’s massive carbonation with relentless streams of bubbles. Though this is billed as a Hazy IPA, Mind Circus just barely qualifies for the style. It’s hazy in the sense that it isn’t brilliantly clear like a pilsner or some West Coast clear IPAs, but it looks nothing like the opaque, muddy beers that seem to drive the trendy beer style. I thought maybe some sediment had settled at the bottom of the bottle, but there’s nothing there.

The aroma is a bit soapy at first but cleans up quickly to reveal lemonade, lemongrass, and cake batter. Digging in, Mind Circus really has nothing in common with what we’ve come to expect from the New England-style/Hazy IPA style. Instead of being goopy, chewy in mouthfeel with heavier sweetness and minimal bitterness; Mind Circus is a bright, refreshing beer with sharp herbal bitterness and hardly any discernible sweetness. It’s a bit salty too, which helps tremendously with the mouthfeel, giving it a soft buoyancy. The finish is clean and quick with moderate mineral character lingering around. Carbonation remains effervescent throughout, which boosts its refreshing nature. Overall, Mind Circus is a phenomenal beer but isn’t your typical Hazy/New England-style IPA. 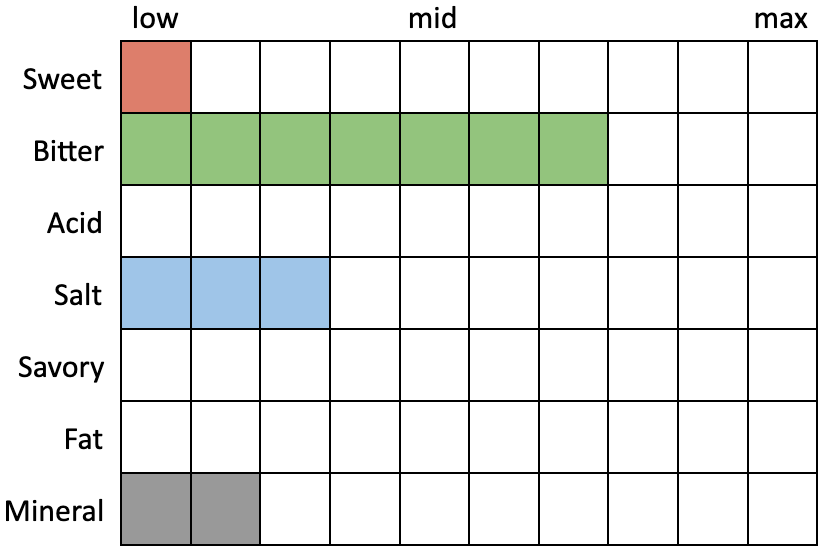 Mind Circus is my kind of Hazy IPA. It snubs the stereotype of the style and presents us with a well-mannered, clean beer that leans dry and bitter. It’s quite similar to Happy Hops IPA in profile – bright, modern, and at times bracingly bitter. I love it, but some haze lovers may scratch their heads.

The Full Pint is a fully independent website dedicated to bringing you the highest quality reviews of today’s craft beer. Our team has no financial conflicts of interest with the beer industry in order to give you the least biased information out there in today’s craft beer world. Please use the comment section below for general comments about this beer and/or our review. If you would like to see a specific beer reviewed or have general comments on reviews, please email info(at)thefullpint.com. For more information on how we review beer read here.